What is an audio effect?

An audio effect is a special hardware or software processor which modifies the sonic quality of the sound. For example- making the voice robotic, or adding a lot of echo to the voice. This is done through audio effects. There are 5 main kinds of audio effects:

In the next few articles, we will be covering the different audio effects used in audio post production,starting with Reverb.

Reverberation is commonly referred to as ‘Reverb’ and is the way in which sound waves reflect off many surfaces prior to reaching the listener. For instance, the act of clapping in an empty room produces echo or reverberations. So in any given space, two phenomena are noticed- Direct sound and Reflected sound.

Direct sound is the one that travels straight from its origin to the recipient. On the other hand, reflected sound constitutes those sound waves that reach our ears only after getting reflected and projected in several directions. Thus, it is always the direct sound that is heard first, followed by reflected waves. The collective reflected waves are called Reverberation. A large empty hall with smooth walls, will experience more pronounced reverb than the same hall when packed with people.

Simply put, the reverb effect imparts reverberation to the audio track Reflections from various objects or walls in a room are simulated by a reverb effect processor. Want to make the voice sound as if it’s in a big hall?  Or give the guitars a warm feel of a closed auditorium? Use the reverb effect with appropriate settings.

Both software plugins and hardware units can be used to process sound with reverberation.

What Are the Reasons for Reverb Usage?

Most of the time, it is not possible to go ahead with recording in surroundings with a good level of naturally occurring reverb. Why so? Well, natural reverb tends to interfere with the process of recording. 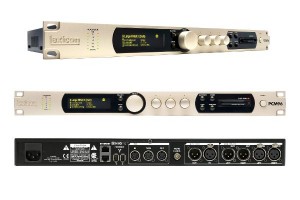 This is the reason why a majority of our recordings need to be carried out in acoustically treated rooms with minimal or zero natural reverb. Artificial addition of a sense of acoustic space to the recording is achieved by adding reverb to these audio tracks.

This enables us to easily incorporate hall like spaces etc. Those recordings created within studios gain immensely from the artificially introduced

reverberation. It also adds warmth and depth to the audio. Reverb is also used to generate some wacky effects, like reverse reverb in hip hop, Alien voices etc. Synth sounds almost always need to be given a reverb effect as they lack the naturally present acoustic space.

In short, digital reverb has these main roles to play in the production of music- giving a sonic character to audio, adding depth, warmth and to assist the separate tracks to sit better in the mix. In fact, reverb happens to be an audio effect that is the most commonly used. It has been put to use in innumerable music studios and television productions. The trick is to have a thorough understanding of what reverb is and to have knowledge of the best way of applying it.

In the next article we will look at the Eq effect. Till then happy recording!