Simply put, Audio Post Production is the practice of generating or manipulating sound for images in motion. It has become an inevitable part of the film and TV industry for optimizing sound and augmenting sound quality of videos. Example: Creating Sound effects for spaceships and Aliens, Voice dubbing for animated films etc.

35mm magnetic film was used in traditional feature films for numerous years before digitization of audio recording and editing developed. With technological advancements and the evolution of TV industry in the form of pre-recorded telecasts, Audio Post Production started to gain momentum. Audio Post is the pulse of entire TV, feature film and video gaming industry in modern times.

An Audio needs to undergo a few vital processes to achieve the desired effect on the listener. It has to sound clear, without jerks and in sync with the visuals. The sound effects have to sound right and everything should have one single volume. Some of the basic post production steps are: 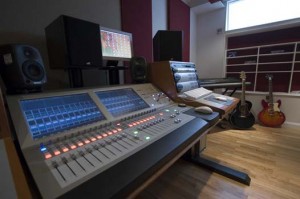 The dialogues recorded during the shooting need to be adequately mixed and processed to remove all noise, stutters and other unwanted sounds.The Dialogue Editor ensures synchronization of these dialogues recorded in production with the picture and removes all the unwanted noise before sending it to the dialogue mixer.

ADR or Automated Dialogue Replacement is needed when the recorded dialogues are unusable due to extreme disturbance in sound or to add an unrecorded narration. This process is technically called cueing or looping as well. There is a dedicated studio for this purpose, called the ADR Stage where sync is ensured between added dialogues and recorded picture before Mixing.

The master craftsmen behind every perfect sound that you hear in movies or TV are the sound editors and designers. They turn the filmmakers’ vision into reality by organizing these sounds to be in sync with the picture. Every possible sound effect from a subtle whiff of air to the monstrous roar of the ‘Anaconda’, is possible due to immensely advanced digital sound techniques. Most of the sounds are either recorded in the studio, or generated using a combination of different sounds. 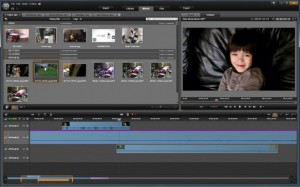 Foley effects are a brainchild of Jack Foley, the pioneer at discovering the need, and incorporating subtlest day to day sound effects like body movements, dropiing objects or walking. Most of these subtle sound effects are pre recorded and added to the visuals later on.

Majority of the modern films use a blend of two types of music: Score and Source. A composer creates the score while the source is derived from music libraries. A music editor works in association with the composer and music supervisor to insert pieces of music within the narrative; and also edits and synchronizes the finalized music before final mixing.

The final act of balancing the various aspects of Audio Post discussed above is executed by different teams of sound engineers and mastering engineers, to make sure the audio is clean and perfect.