Bass is an extremely important component of a song as it lends the right kind of feel to the rhythm. A warm, solid sounding bass not only adds the required punch and groove, it also makes the rhythm section stand out. There is no one way or a right way to record bass. On the contrary, there are plenty of ways to record bass sound in a song. Recording techniques depend on personal preferences and tastes. While some people may prefer to record the bass directly for a professional sound effect, others might like to record the base indirectly as they may like the sound better.

There are two primary types of recording techniques – direct and indirect. You can use both the techniques to record bass. 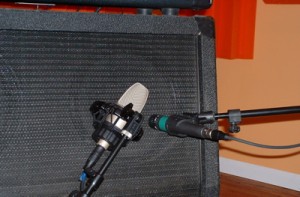 Direct Recording: In this technique the cord is plugged straight into the recording device or through a DI or Direct Injection Box depending on the pickup of the bass. If you Bass comes equipped with an active pick up, you can directly plug your bass into the input of your soundcard or audio interface. In case it is equipped with a passive pick up, you will need an injection box. The advantages of using direct recording is that The sound recorded is true, clean and can be edited digitally quite easily. The sound also captures the true acoustics of the instrument used.

Best of both worlds: you can split the signal coming from the bass guitar, and send one directly to the audio interface and record another through the amplifier. The resulting sound will be more fuller and professional sounding.

More than the hardware, the effects used during the recording process can make a huge difference on the recorded sound. Some of the effects used are:
–       Compression
–       Vibe
–       Pedals
–       Megaphone
–       Equalization
–       Reverb
While compression and vibe work well during the recording process in comparison to during mixing in a studio later, effects such as equalizers and reverb need to be used with caution and I suggest that you use them only after recording, during mixing. With equalization, some of the frequencies may be cut and therefore be left out during recording. These left out frequencies will not be available later. If you use reverb while recording and you do not like the reverb effect later on, you will not be able to remove it from the recorded material.

The recorded sound can be mixed to add effects or to remove problems in the recorded piece. The main effects used are compression and EQ. there are also lot of plugins which model a number of amplifiers and they can used to get a warm rich sound.